Faridabad is one of the largest cities in the state of Haryana. The history of Faridabad dates back as far as 16th century AD, which makes it one of the oldest cities as well in the state. This city is known for its industrial growth and commercialization in all the sectors making it a major population center. Though it has scaled new heights in terms of development, Faridabad still continues to uphold its historical values which is quite rich and fascinating.

Faridabad was founded in the year 1607 AD by Sheikh Farid also addressed as Baba Farid who was a treasurer of the Mughal Emperor Jehangir. Baba Farid who was also a Sufi saint founded Faridabad to ensure that the highway which passed through the town is taken care of. The city was also famous for a Fort, a Tank and a Mosque which over the period of time has got into ruins. Baba Farid built the first travelers lodge commonly referred as Sarai which used to be the last stop for people traveling to New Delhi. It was Baba Farid who had built the first and the initial buildings in the city. 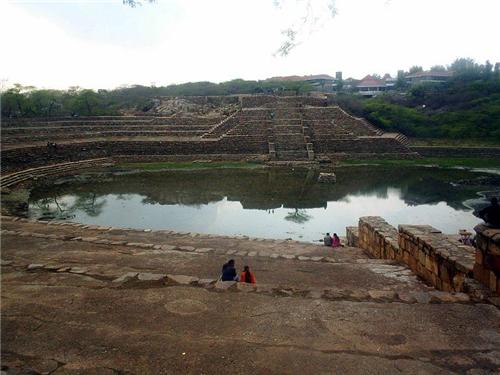 All the ancient architectural work taken place during Baba Farid’s rule were into ruins hence the city became the Headquarters of a pargana which was held in Jagir by the ruler of Ballabgarh. The King of Ballabgarh, Raja Nahar Singh who came into power in the year 1739 built the Ballabgarh Fort and the Raja Nahar Singh Palace.

The city of Faridabad came into existence on 15th of August in the year 1979 which was the 12th city of the state of Haryana. Prior to this, the city was under the jurisdiction of the Gurgaon District of the state of Haryana. While being a part of the Gurgaon District, an important Pakistani Refugee Resettlement project, after the partition, paved the way for rapid industrialization in the city. Since Delhi was already overcrowded, the then  Prime Minister Jawaharlal Nehru suggested the refugees to work in those industries in Faridabad. This started the development of the city as an important industrial city of Haryana and North India.

Faridabad also has its own share of freedom fighters who have contributed significantly to the freedom movement of the country.


Some of the renowned freedom fighters of Faridabad are:

After the partition, Faridabad has seen a lot of changes in terms of the governance as well as the administration. The city currently shares the feat of providing the State of Haryana with 50 per cent revenue from all the sectors as opposed to all the other districts in the state together. With a rich labor force, the city has been able to turn itself into an industrial hub for manufacturing industries.