The city of Faridabad which is one of the oldest cities in the state of Haryana is also the largest city in the state. The city which has witnessed the rule of Mughal Empire to British Colonial rule or the advent of extreme industrialization, it has a lot to be spoken with respect to its culture and diverse traditional beliefs. Scaling heights in terms of commercialization has put Faridabad in the industrial map of India being known as the industrial hub of the nation. Faridabad is certainly a cosmopolitan city per say due to people from all parts of the nation moving in for employment options.

Being at such a close proximity with the national capital i.e. New Delhi and the highly developed NCR, Faridabad follows and cherishes all sorts of varied ethnic cultures and popular beliefs due to classes and masses of all caste and creed being a part of inhabitants. With the corporate culture spreading through, one has the modern yet rooted mindset towards life and lifestyle. The fairs, festivals, events and attractions of Faridabad reflect the culture of the city in a simple yet astonishing way. Tourism has picked its speed in the last decade as it has become a high yielding source of revenue for the city. 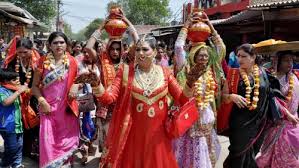 Being situated on the northern belt, Faridabad pretty much follows Hindi as its local language. We certainly have English sprouting through the young crowd or the work force so as to speak in the city. Apart from the national language, there is a high influence of Jat’s knowledge of Haryanvi language. We also have Punjabi and Bengali in order of its influence at various parts of the city.


Art and Music in Faridabad

As a cosmopolitan city apart from being one of the most commercialized cities in the state, Faridabad shares a lot of enthusiasm towards art and music. The generic Indian classical music enthralls the music lovers of the city along with Haryanvi and Punjabi music as well. With various people having particular interests, the city also hosts an array of other dance forms like Bharatnatyam and Kuchipudi as well. The city also has heavy crowd following acting in various theatre groups and keep showcasing their plays all time of the year. The city being founded by the Sufi Saint, Baba Farid is another reason as to why very many people in the city opt for Sufiana music.

Fairs and Festivals in Faridabad

Faridabad follows all sorts of festivals from the major caste and religions like Dipawali, Christmas, Baisakhi, Lohri, and Holi amongst others. Faridabad also witnesses large number of tourists during these festival days.

The flower festival that happens during the spring session on the banks of Badhkal Lake is one of the most beautiful festivals of the town. People in a huge number of as much as 20,000 visit the festival to for enjoying the natural beauty of flowers. Many businesses running in the lines of flowers purchasing are set over here. A high amount of Import and Export is done as well.

Gangore festival is celebrated during spring season from March to April to worship Gauri considered as the deity of abundance. The procession is taken out with the water immersion of Gangore and Ishar images.

Surajkund Crafts Mela is yet another fair where we see a heavy inflow of people from all parts of the country to witness the exhibition where handlooms and handicrafts are displayed. Held every February, the fair is organized to create awareness about the various methods and techniques of crafting. This Mela also paves way to the Food Festival, dancing and singing of the participants which are major attractions during the festival. 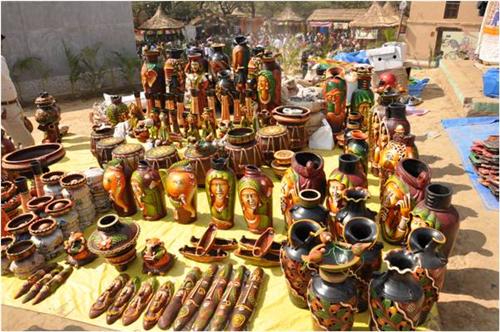 Dedicated to Goddess Saraswati considered to be the deity of education and wisdom, Basant Panchami is celebrated by flying kites. From foods to dresses, the area is made full of Yellow as it is considered to be an auspicious color.

The culture and lifestyle of Faridabad is only to be experienced. It is vast and varied in terms of its beauty. Faridabad is certainly an astonishing place to be.